Wargaming and its scales - From Skirmishes to Armies 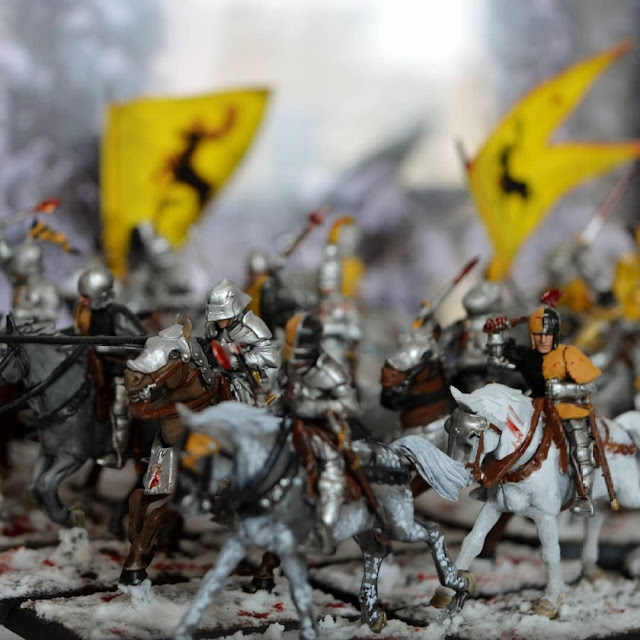 Wargaming games can be divided according to many (often overlapping) criteria - activation method, model size, genre, and so on. However, most wargaming games can be universally categorized by the size of the battlefield (or the number of warriors on it) and placed into several boxes that better help determine the type of game before a potential player opens the rules. These are skirmishers, regimental games and army games.  Knights go into battle - A full-sized "army" for a skirmish game, but also a unit for a regimental game. Skirmish games Skirmish, as the name suggests, deals with small skirmishes over a few soldiers. Depending on how many of them there are, it can either be a "regular skirmish", or a straight M2M Skirmish (it is an abbreviation of man to man). In a regular skirmish, several smaller units of a few miniatures play, in M2M each soldier is on his own.  The smaller scale of the battles then allows for game mechanics that could not be applied to lar
Post a Comment
Do you want to know more? » 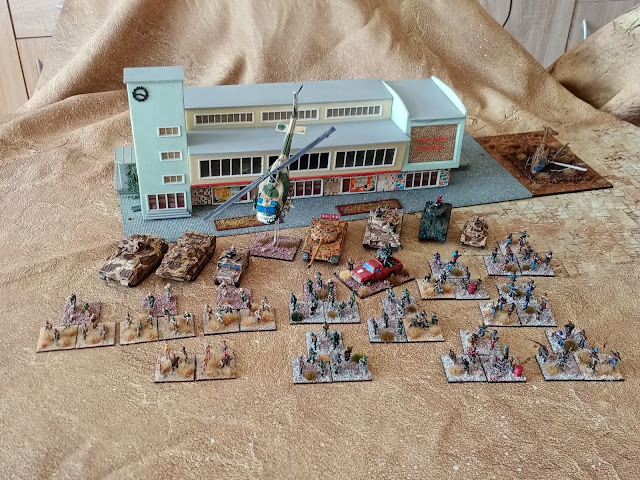 "All the soul of man is resolution, which in valiant men falters never, until their last breath." My  Independent Colonialist Army of  Free Mtumsia shortly Freedom Army of Mtumsia aka FAM is now completed! It took couple of years but its now basicaly over with worth of 600pts (depending on gear and unit quality) with AK-47 Republic Reloaded rules under the Colonial Settlers amy list.  For those who dont now, the Mtumsia is imagination loosely based as what if separatist part of Rhodesia who refused the Lancaster House Agreement. Which gives me oportunity for mix of blacks and whites, western and eastern, modern and old weapons - anything that gold mines could buy without too much thinking if its "accurate".  Long Live President-General Stephen Summertown!  Gamewise unit ranks are easy to distinguish - Desert uniforms are for professionals, green for regulars and various colors for militias.  For AFVs camo pattern, I took as inspiration Poland made T-55 which Sovi
1 comment
Do you want to know more? »

Age of Hannibal - Battle of Gaugamela in 6mm 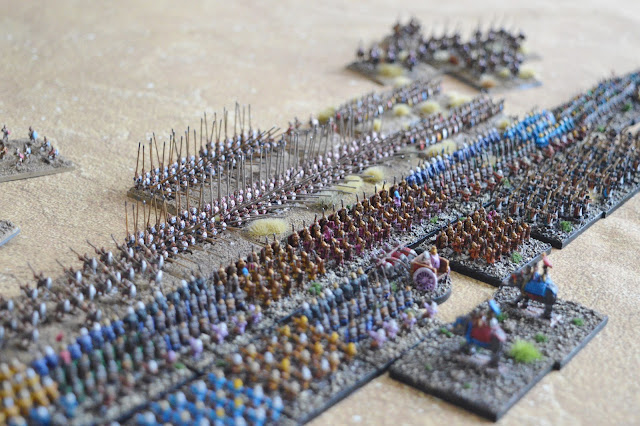 "Alexander, if you chase him you risk losing your army here!" "And if we capture him we gain an empire!" A "small" refight of Battle of Gaugamela(ish) with Dejv  in 6mm using LittleWarsTV ruleset Age of Hannibal .   It was the first time were playing AoH so we didnt even used our "full collections" but its still something like 1500 painted soldiers and about 90 units gamewise.  AoH ruleset gave us eveything we expected and were looking forward for even bigger games! Used models are mostly from Baccus 6mm, with few Rapier Miniatures and Irregular miniatures. Used gaming mat is Deserted Heart from Warzone studios ( Review here ).
2 comments
Do you want to know more? »
More posts